How a seemingly minor issue of using rubber/tennis balls as cushions to the equipment used on-location could have spiralled out into more issues, threatening the film shoot itself!

Prevention is better than Cure, they say. And this applies to film shoots every single time!

While there is a list of Do’s and Don’ts for any property listed on the Filmapia website, there will also be some specific conditions for the scope of the current shoot. These conditions are discussed with the film representative, mostly the production manager, fixer or the producer. They are also laid down specifically in the contract which the film team signs on. However, more often than not, that communication gets lost in transit. It does not always reach down to the last guy in the crew.

At Filmapia, we are very particular about protecting a location from potential damage that can happen during a film shoot. And one of the steps that we insist on being followed is cushioning of the equipment being put on the floor or any surface belonging to the location.

In a recent shoot the owner and Filmapia crew noticed the absence of the cushioning for quite a few light stands and other equipment. And it was a no-go from there on until the issue was fixed. This particular location has red-oxide flooring (pictures below) which makes it a lot more damage-prone than the ordinary flooring.

As we insisted on not allowing the setup to go further, some of the crew members (very grudgingly) had to run and scourge shops in the area and buy dozens of rubber balls. Cutting and fitting them to the legs of the equipment turned out to be an activity in itself - both in terms of time and effort!

But the shoot after that, had lesser issues, with regards to the floor atleast! Had these small measures not been taken, the heavy equipment would have certainly damaged the floor, causing much grievance to the property owner, huge fine to the producer’s pocket, and an overall negative feel to the shoot!

Lessons from this shoot for us:

Crew fitting the rubber balls to the equipment: 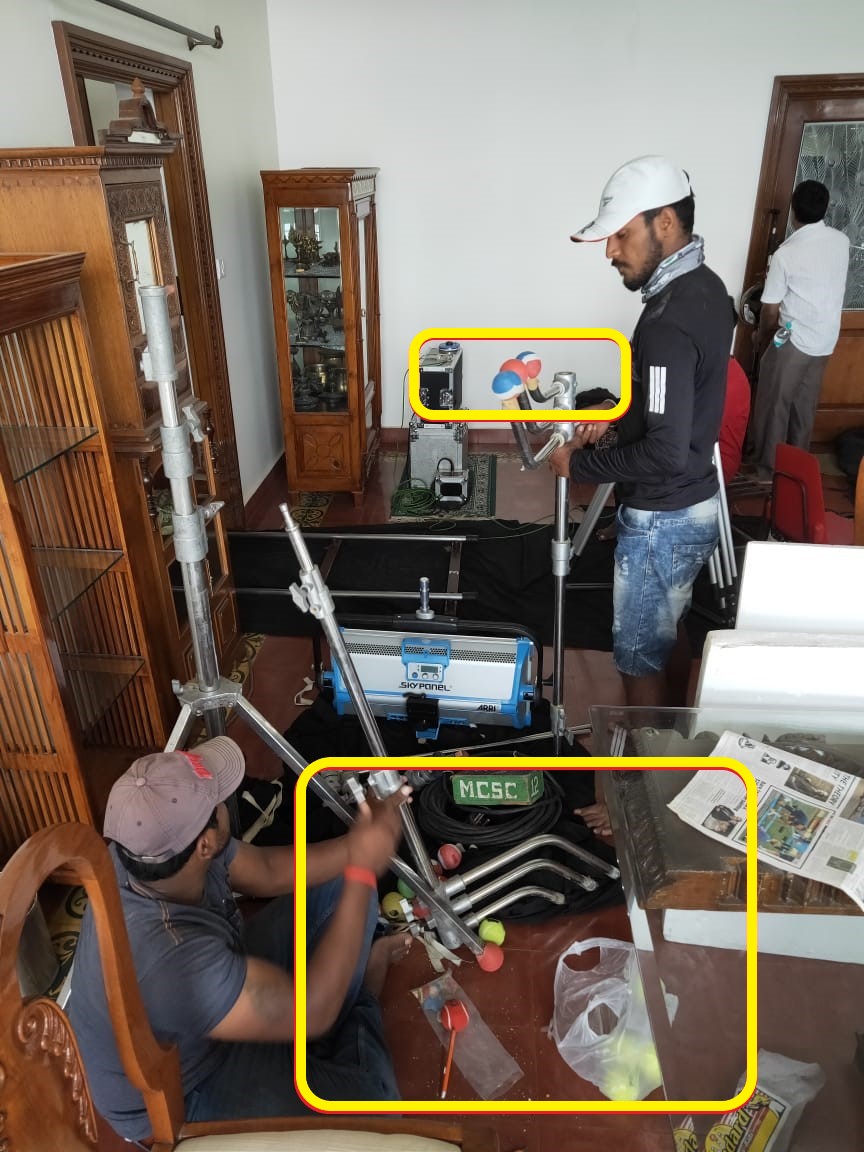 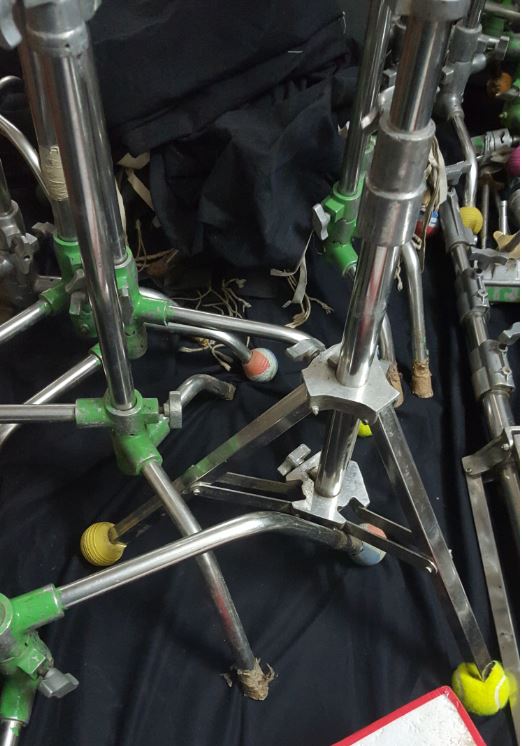 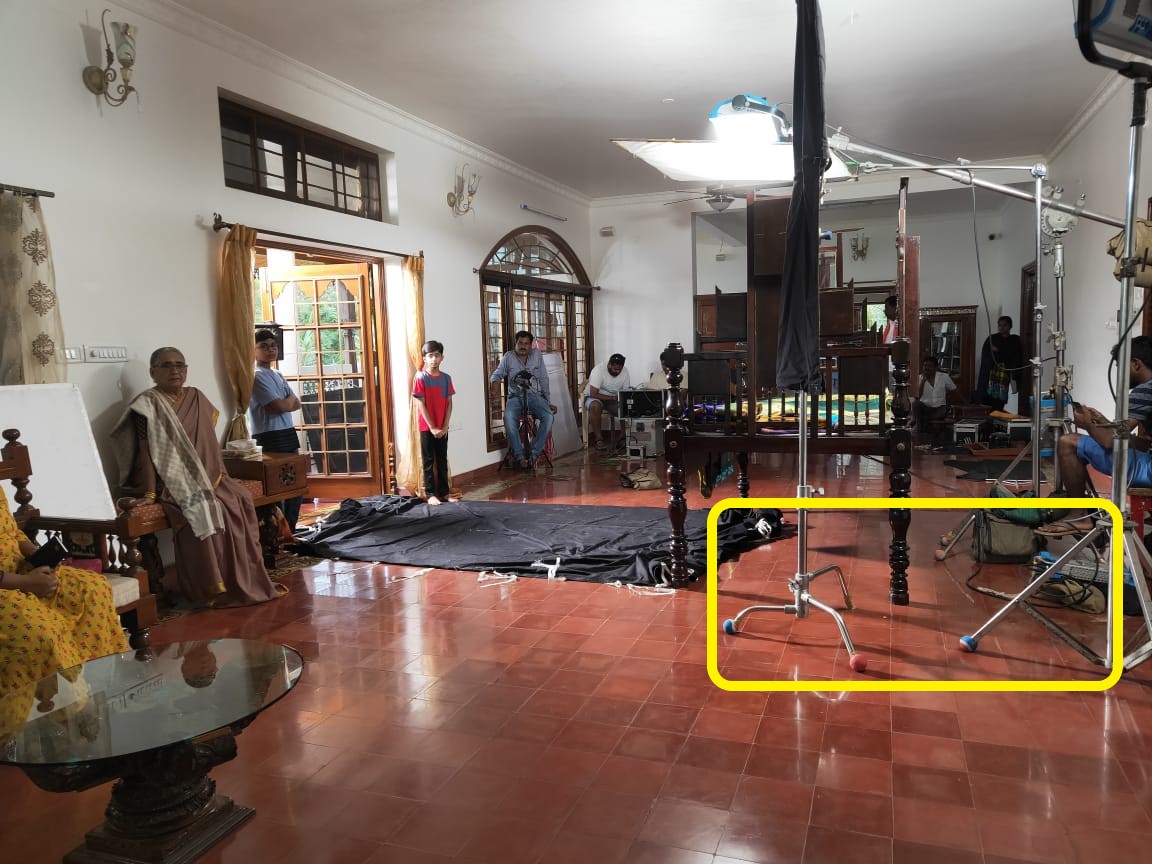