Initial Comparison - Filming Locations in the States of India

This map gives a brief look into how the different states in India fare when it comes to Film Shooting locations. This points, in a way, to the "Film friendliness" of these states.

Keeping with the trend in Films in India these days, it's good to put out the disclaimers right at the outset.

Without further ado, here's the map. 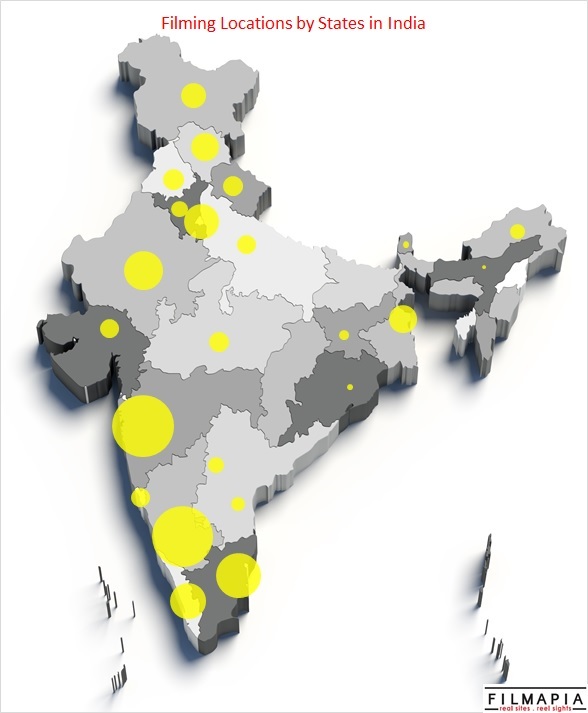 With the usual hubs being busy, it is sad that the diverse beauty available in India is not used and showcased enough to its glorious potential. And the onus of improving the situation majorly depends on the State governments - improve the infrastructure, support & incentives in their respective states. Needless to say, the benefits of these improvement exercises help the states in more ways than one - be it increased tourist footfall, better positioning in a more globally connected world, and the resultant improvement in the economy.

The raw material exists. It is for the State governments to shape it, polish it and sell it effectively.